Our happy baby boy is up to all kinds of new things these days! Obviously he’s sitting in his Bumbo these days. Chris was at Target this week and bought a tray accessory for it and Lincoln LOVES sitting up and playing with his toys that are now harder to drop out of reach.

He’s also started smiling for the camera, which these two photographer parents are thrilled about. 🙂 He used to stop smiling every time we put the camera up to our eyes. His brow would crease and he’d concentrate on staring at it– so frustrating when we were trying to catch him mid-grin.

In the last week he’s become OBSESSED with his feet. As soon we plunk him down on the changing pad, up come the feet (as well as that little tush)! On a side note, he also thinks its hilarious when he gets pretend spankings during diaper changes. What is it about a naked baby tush that just makes you want to smack it? I’m not sure, but Lincoln just cracks up when I lift his legs and ask if he wants a spanking. What a weirdo. 😉 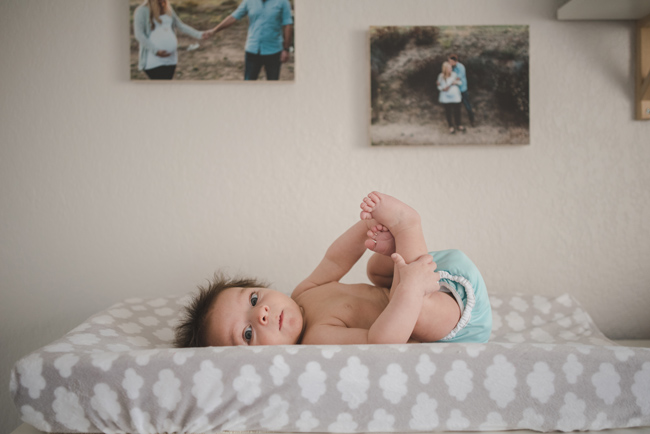