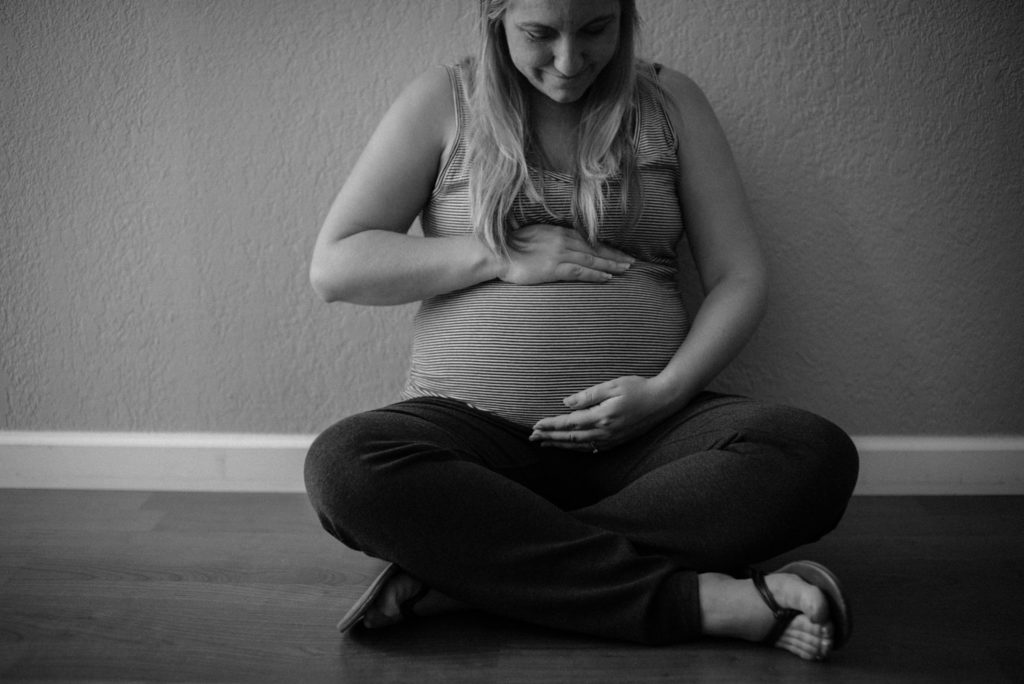 Dealing with Pregnancy and an Anxiety Disorder 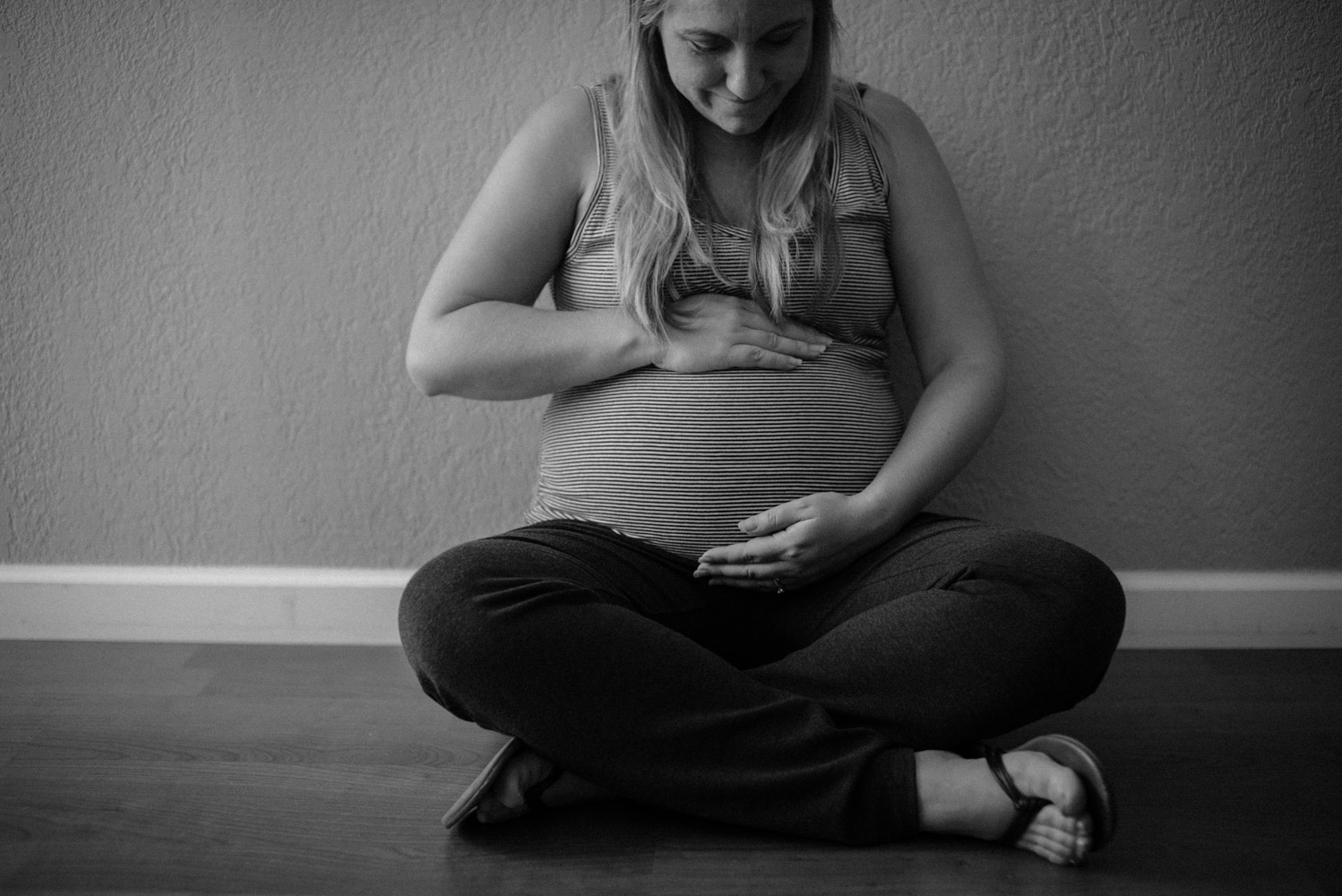 Lincoln will be two and a half in a couple of months here. I can’t believe how fast the time has gone by. Newborn Lincoln, and even Baby Lincoln, seem like they were part of a lifetime ago. It seems Toddler Lincoln has just always been here, talking and laughing and fighting us about bedtime and eating whole pieces of chicken and all that stuff.

We’re gearing up to start trying for a sibling for him, something I’ve been anticipating for awhile now. We were supposed to start trying last June, then in January, and then when January arrived we bumped it to March. I felt like I was ready way back in June, but now that we’re here, and it’s really about to happen, I find myself surprisingly anxious about the idea. I don’t know if it’s just that this time of year is just naturally more anxiety-inducing than June is (hello, beginning of summer break anyone?), but I’m suddenly super nervous about the idea of being pregnant again. While my first pregnancy was really great in most ways, it was also pretty traumatic towards the end. 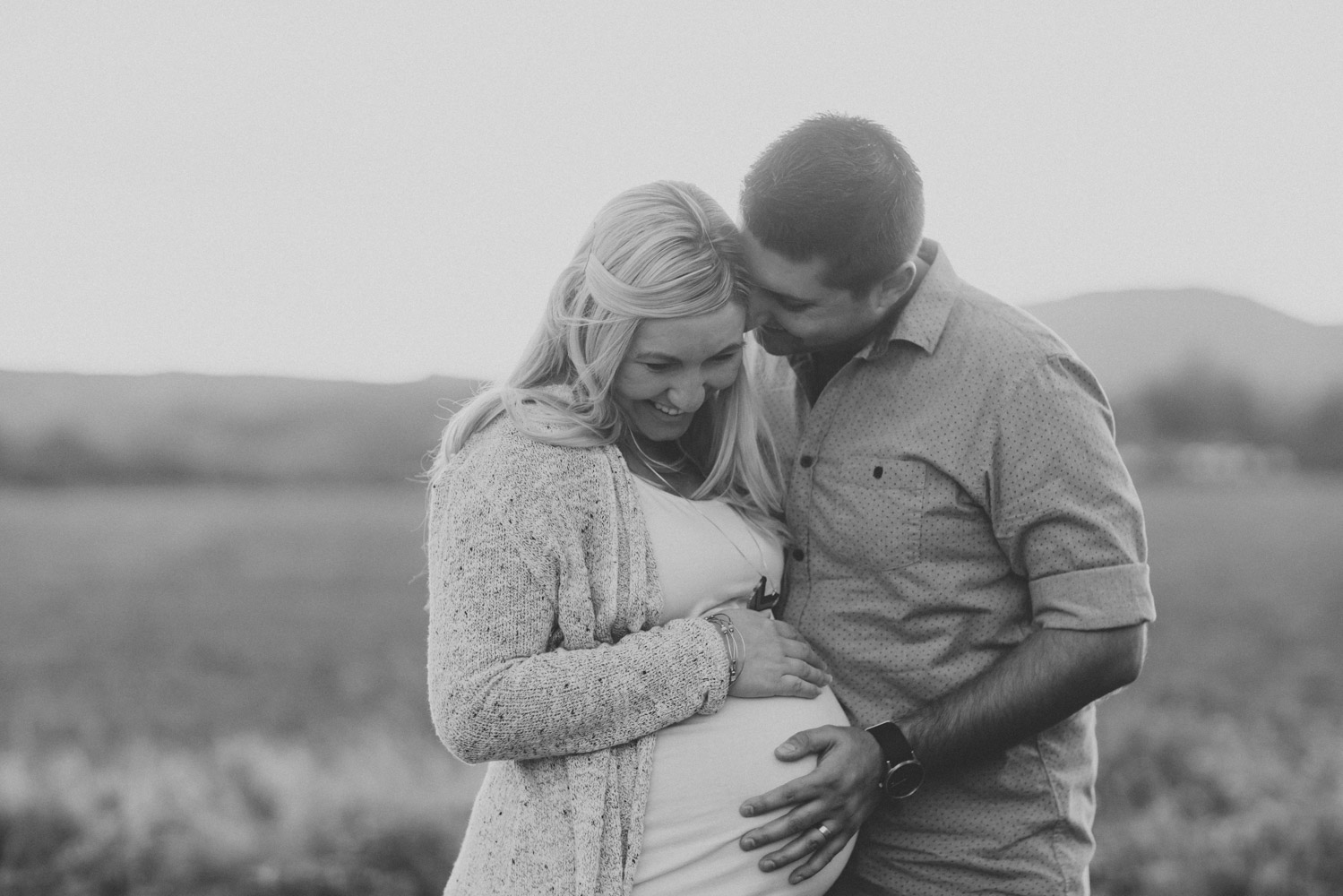 I loved being pregnant. I was fortunate enough to not deal with morning sickness, though I did gag daily over things like opening the refrigerator, visiting a grocery store, and brushing my teeth. I threw up a total of one time over the whole pregnancy, which is a huge win for me. (I hate throwing up.) I actually lost weight for awhile in the beginning, and even though I was gaining weight later on, I was losing inches in my arms and legs due to my metabolism suddenly kicking back into gear. Being on SSRIs for years had effectively massacred my once amazing metabolism. For some reason pregnancy was like a rest button for my body. I felt fitter than I had in years.

To top it all off, my anxiety was at a nice low level. I had worried before getting pregnant that the new hormones would really kick my panic disorder up a notch, but I was even keeled for the first six or so months. If anything, I felt like my anxiety was diminishing during pregnancy. This was probably also due to the fact that I was purposely not doing anything that usually induced anxiety, because I feared  a panic attack would indirectly affect my baby. So instead of pushing myself to face fears, I gave myself a nine month pass.

Around six months in, I had my monthly doctor visit with a different physician than normal because of a scheduling conflict. Up until then I had had a lovely nurse practitioner checking me out, answering my questions, etc. She knew my anxiety disorder, knew what medications I was taking, assured me things were looking great. My just-for-that-day doctor seemed optimistic, too. Then, as I was walking back to the waiting room, he jogged to catch up with me before I reached the door. He had suddenly noticed that I was taking Prozac, and informed me that I should be getting off of it by now. He handed me a bunch of pamphlets, told me to start tapering off, and sent me on my way.

That was the shifting point for me from a relaxed, enjoyable pregnancy to a high anxiety-filled, slightly depressed third trimester.

I had previously researched all about taking anxiety medications while pregnant. I read forum after forum of others’ experiences. From everything I read, I discovered there were basically two types of doctors with two schools of thought. The first set were anti-medication. They would not prescribe you medication. They said that you most definitely didn’t want to be taking medication when your baby was born, because all kinds of problems could come up. It could affect baby’s birth, their breathing, their sleeping, their personality, their ability to breastfeed.

The other type of doctors were much more laid back about it. Their understanding was that, yes, medication could have negative consequences for a baby, but so could developing inside a mother who was in a constant state of high anxiety.

When I was pregnant, the first doctor I saw was my (then new) primary physician. I went in ready to convince her that I needed to take medication for my anxiety, even though I was pregnant. At that time, I had been on a terrible new drug for about two months, something my previous doctor’s nurse practitioner suggested when I went in. Effexor. It made me feel awful and it was crazy addictive; if I didn’t take it at the exact right time every day I got awful withdrawals. I read up on it online and found that tons of people had gotten suckered into starting it and that it was hell to come off. Fortunately, my research led me to a forum where people discussed the only thing that seemed to work: using Prozac to bridge the path of taking the devil drug to weaning off of it completely.

I was insanely worried that my doctor wouldn’t prescribe me anything, and that the next ten months would be marred with anxiety-ridden depression.

She was a Godsend. And my pregnancy was smooth sailing for a long time.

Fast forward back to that six month appointment. I left the doctor office, pamphlets in hand, overwhelmed with guilt. Was I hurting my baby boy by continuing to take my medication? Would he have troubles after birth because of what I was doing? I had felt so sure about my decision to keep taking my meds, but suddenly everything I had decided seemed wrong.

I stopped taking my medication. My anxiety crept back in. I told myself that it was a small price to pay to ensure my baby was okay. 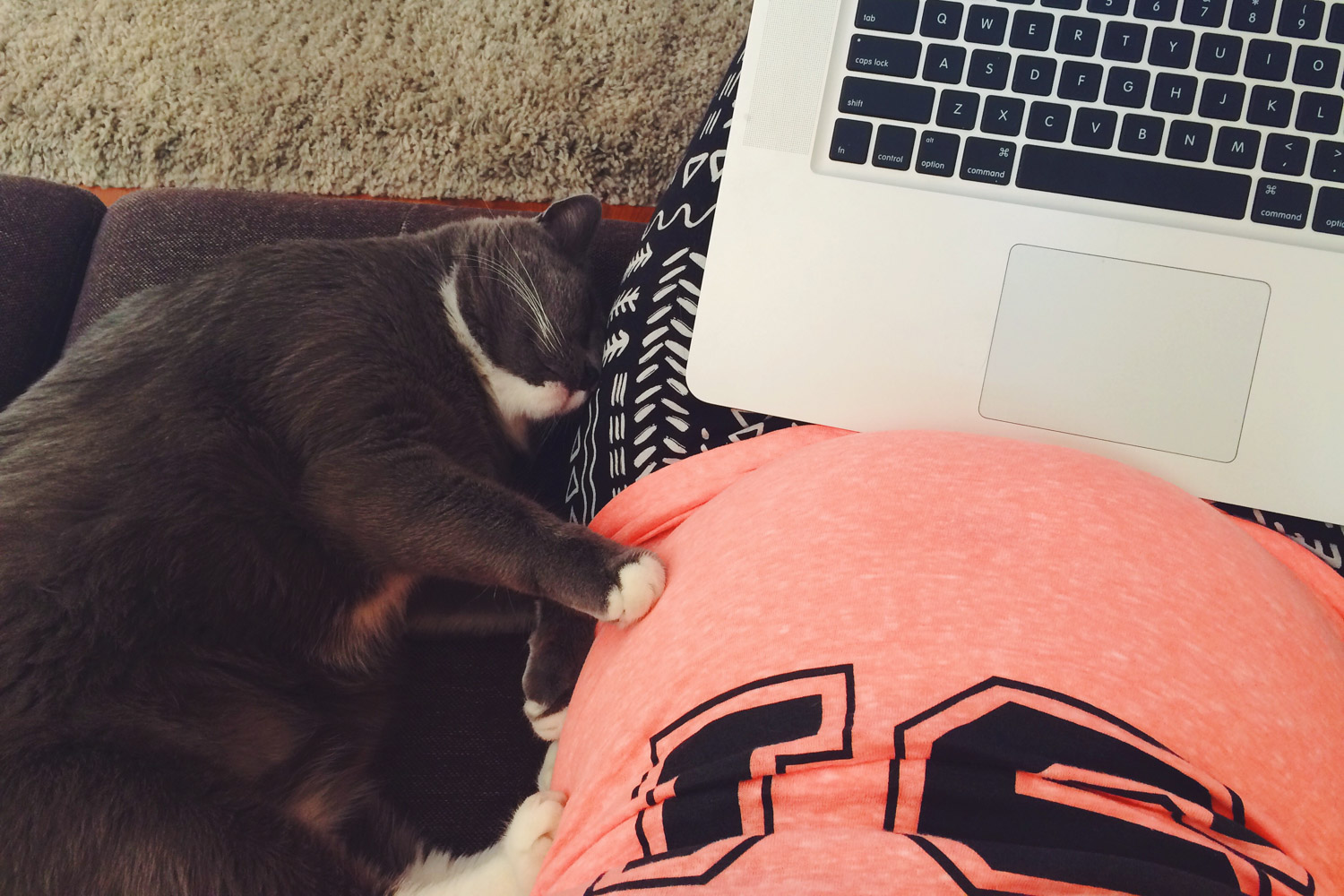 I had a big ol’ giant meltdown one day as I was setting up my classroom the day before school started up again. I was seven months pregnant then, and felt like the weight of the world was on my shoulders. In reality, it was the weight of my unfinished classroom and the impossibility of moving furniture around on my own in the time I had. I literally couldn’t control my crying as I sat in my fellow teacher’s classroom for over an hour. I felt like an idiot for breaking down in front of my co-workers. I had to call Chris to come sit in the room with me. I think this is when he discovered I had gone off my medicine and started asking me what my doctor thought of that. I hadn’t told my doctor or nurse practitioner at my recent appointments. I didn’t want to get talked back into beginning again after I had worked so hard to get off my meds.

The cloud hanging over me got worse and worse. One day at church, a friend of mine spoke on a a topic that struck me so hard. I can’t remember specifics now, but it had a lot to do with not letting your joy get stolen, or not letting opportunities pass you by. As the band came up for the last songs, I silently cried next to my husband. All I could think was that all my joy about this pregnancy was being stolen. I was not happy to be having a precious baby, I was too filled with dread all the time. I confided my feelings to Chris as we left that day, and he asked me again what my doctor said about me stopping my meds. I still hadn’t told her. I knew she was okay with me being on them, but that day-of doctor had done a good job scaring me. I didn’t want to be persuaded into starting them again. I was so close to my due date at that point, I couldn’t bear the idea of having gone through all that extra anxiety just to throw it all away in the end. 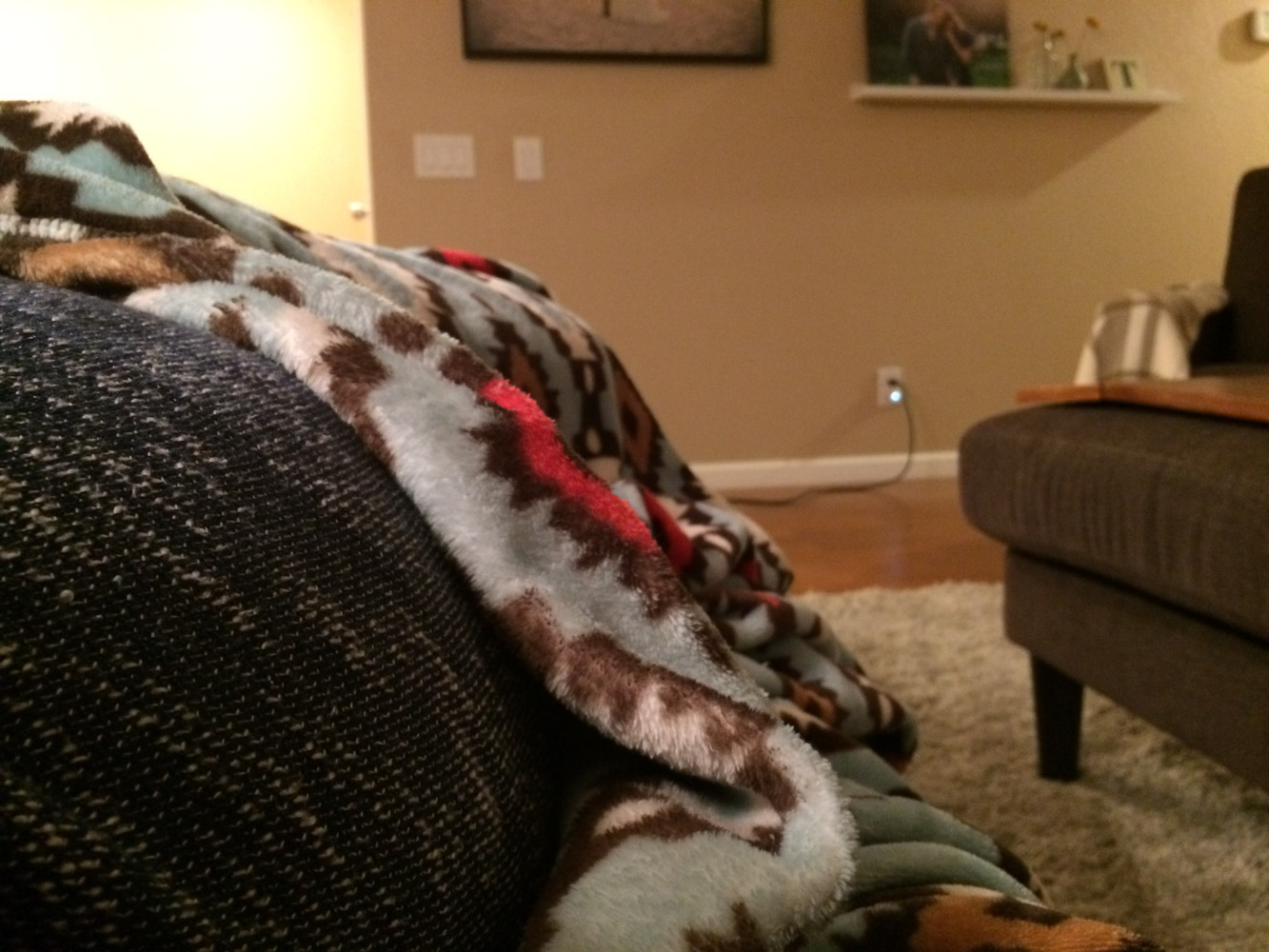 To everyone around me, I appeared completely calm and collected. I reveled in all the kicks baby was giving me while I taught my kids at school. I told everyone about the hiccups that were non-stop in my lower abdomen. I talked about how we were going to cloth diaper and the hypnobirthing classes we’d taken and how cute Lincoln’s nursery was turning out. But at home I was quiet and subdued. I hardly slept well as it was being pregnant, but the anxiety made sleep far worse.

Two weeks before my due date, Chris came with me to one of my appointments. Everything was still looking great. I got ready to hop off the table… and my husband totally tattled on me about stopping my meds. He’d had enough of watching me carry on by myself, and he wanted to know what my doctor thought of it.

She basically yelled at me in the nicest way possible. Wrote me up a new prescription and told me to start taking my pills again immediately. I’m only two weeks away from my due date, I reminded her. Isn’t it better to just suck it up at this point?

Turns out no. No, it’s not at all better.

I started feeling better immediately. I’m so thankful Chris hijacked my appointment and brought up my anxiety. I’m thankful my doctor was adamant that I start up my meds again. To be honest, I worry what my postpartum journey could have been like if it had still been just me trying to battle the panic alone. As it was, the week after Lincoln was born was horrific for me mentally and emotionally, and that was with my meds. (Thankfully by week two I started feeling so much like my old self again.) 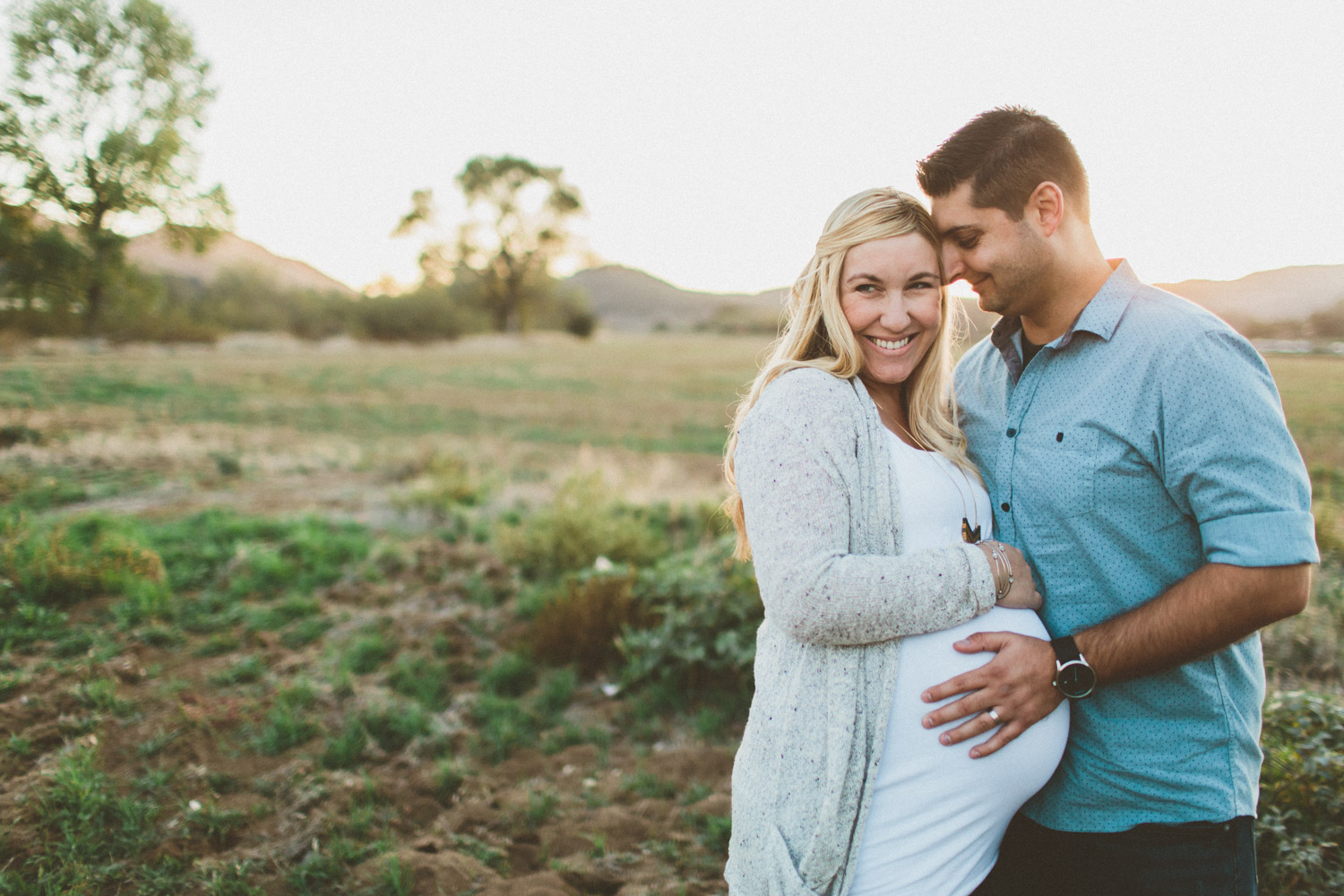 Despite my nervousness, I am excited to be pregnant again. I really did love being pregnant. And this time, I definitely do not plan on ditching my meds. And hopefully if I do second guess myself midway through, when one doctor mentions an opinion that goes against everything everyone else is telling me, I’ll come back and read this and remind myself of the months of joy I lost during my first pregnancy.

And perhaps if you are in the same position, you might read this and feel encouraged that by helping yourself you really are helping your baby.

I should mention: despite the fact that I was taking anxiety medication at the time Lincoln was born, he had no birth complications. He had a great latch at the start and we went home the next day. As an infant he was a great sleeper and a great eater. None of the complications I had read about happened. In the end, all that worrying and the stress I put myself through was a waste. I had a perfect baby boy, a brand new little family to enjoy. Thank God I was snapped backed to my senses in time to fully experience that newborn sweetness.

Moral of the story: Do your research. Go with your gut. Even if one guy comes along and says something different. Trust yourself. Ask for help.

To all you newly pregnant mamas, just-had-a-baby-mamas, mamas with anxiety, and to future pregnant-again me: You got this. 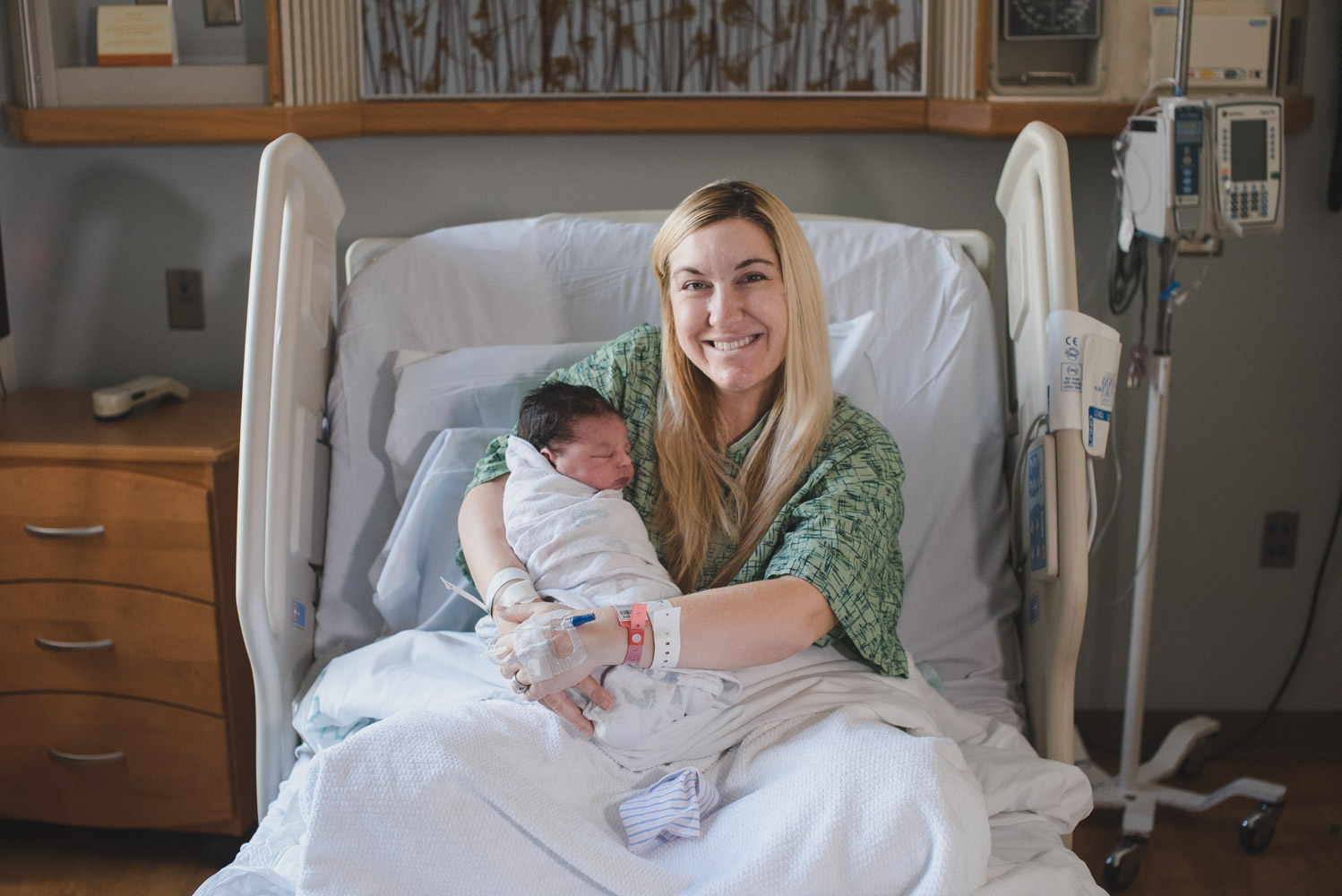 7 thoughts on “Dealing with Pregnancy and an Anxiety Disorder”