The other day, when I was trying to grow plants from food (that’s a whole different post), I decided I had a lot of food that needed to be used up. Spinach, cilantro, some shredded chicken, and lots of celery. And since I love just throwing things into my crockpot and seeing what happens, I thought I’d give 10-bean soup a whirl. I was feeling good about it, despite my 30% success rate with making soups. (But those 30% are good, let me tell you. Another 30% is good according to Chris, but not to my picky taste, and the last 40% is just not.)
If I may say so, this one came out in the 30% success pool. And it’s filling and good for you to boot.
1) Assemble the main characters: In this case it was chicken broth and dried 10-bean soup from Sprouts. (Isn’t it pretty in a mason jar? My new dry goods storage system.)

2) Still chicken broth, but I wanted to point out, as this is the first time I’ve used this particular broth, that this brand comes out dark yellow and really smells like delightful chicken broth right out of the carton. Seriously, my soup smelled and looked like soup immediately thanks to this broth. I think it came from Sprouts along with the above Sprouts branded one. 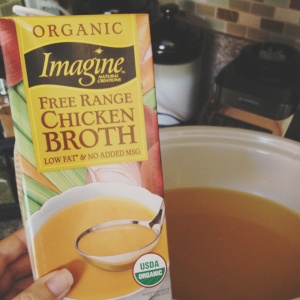 3) All right, lets start chucking things in there. First, some beans. I used about a third of my jar, which I think was way too much in retrospect. I forgot that dried beans soak up liquid, whoops!

4) I had lentils, too, so in they went for extra dose of protein. You know, along with those ten different kinds of beans.

6) Chopped carrots. Why are they in a square? I don’t know how it happened. It just did. 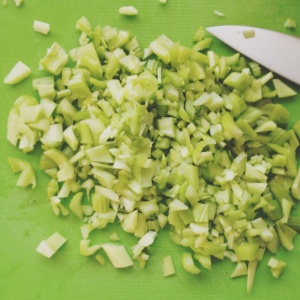 8) I’ve never used dried garbanzo beans until this soup. They’re thick, so I was a little worried that they wouldn’t soften enough during the cooking time without soaking overnight, but they were nice and squishy by the end!

9) I love cilantro in soup. 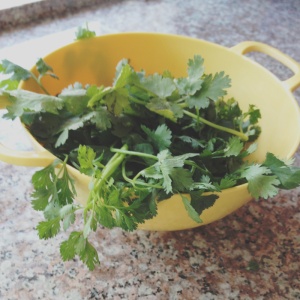 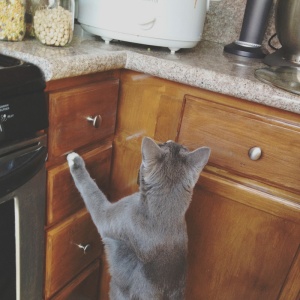 11) Spinach goes in everything, by the way. 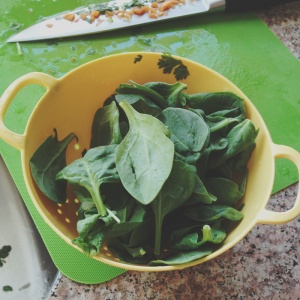 12) Not the greatest picture at all, but it shows the final mess. Not appealing looking, I know.

14) And while my back was turned to the crockpot, this little stinker found his favorite spot, despite the ominous water bottle waiting to squirt his cat butt off the counter.

The verdict?
My take: After pulling it out of the freezer for a quick and easy meal tonight, it’s still holding strong. I think I’ll add some more spice to it next time, maybe cumin seed or red pepper flakes. I like my soups best when they make me cry, and this one’s about a 2 on the spicy scale. Still delicious, still healthy, still filling.
Chris says, “Mmmmm…. good,” and then returns to playing his Star Wars computer game. Sigh. I need to feed him when he’s not concentrating so hard on his screen. 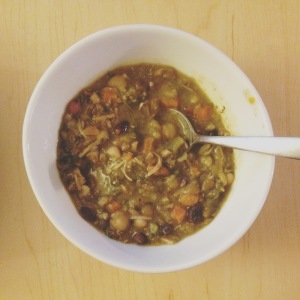