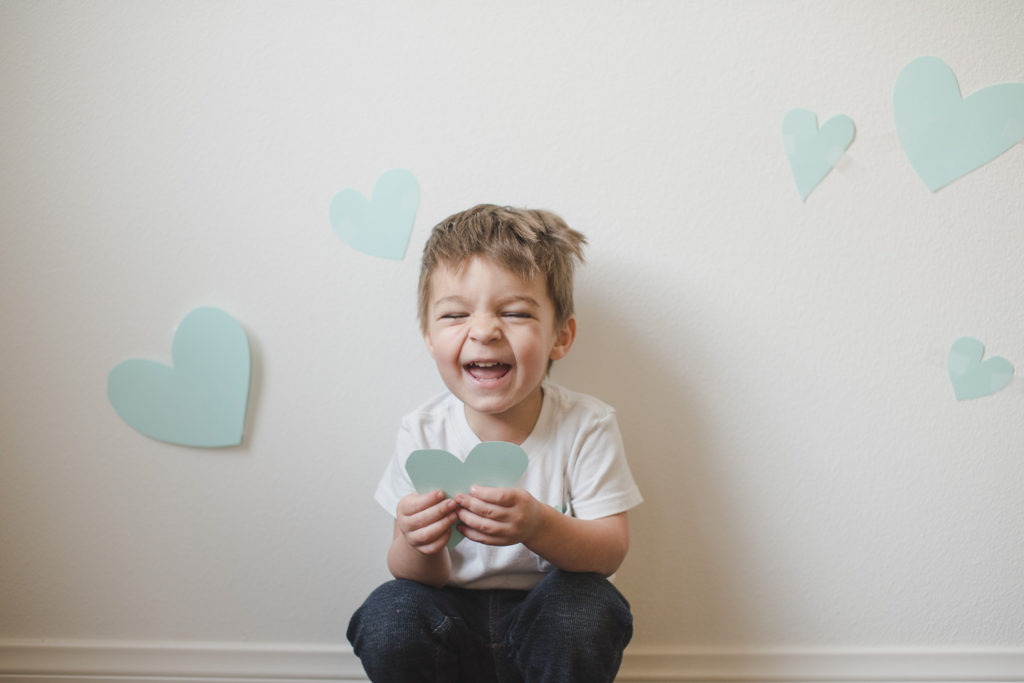 It’s 10:50 pm and I’m currently sitting in the rocker in L’s room, a passed out toddler curled into me.

He took a long time to fall asleep tonight, then kept waking up and playing with some of the toys that were in his bed. He was a little jazzed, because he just got a cool new, life-like trash can from a little library/garbage truck event today. He’s been sleeping with his Easter basket and plastic eggs the last week, so that combined with his new trash can was leading to a pretty fun time in the crib. I finally had to go in around 10:30 to take the toys out of the crib so he could get some sleep. And because the poor guy was already overly tired, this led to a full crying meltdown.

This is not a normal occurrence in our house, as Lincoln is a notoriously fantastic sleeper. An average night for us looks like doing the bedtime routine, plunking him in his crib (he hasn’t figured out he can climb out yet, so we’re hanging on as long as possible), doing prayers, hugs, kisses, and then heading out. Sometimes there’s thirty seconds of tears if he’s particularly not wanting to do the sleep thing, but for the most part he goes down ridiculously easily. And when the door closes, we generally don’t hear from him again until around 7:30 the next morning. If he’s not quite ready to sleep yet, he’ll play quietly or read some books, and usually within half an hour he’s relaxed enough to sleep.

I could tell this was not going to be one of those nights, once I took the toys away. After about ten minutes of crying with seemingly no end in sight, I went in to cuddle him in the rocking chair. He asked to blow his nose, and then immediately fell into me, his head tucked just under my chin and legs curled up to his chest. The crying stopped, but he continued his dramatic whimpers.

Something I’ve learned about my sweet little boy, is that he loves when I talk softly to him at night. When he was a baby, I would quietly tell him about everything we did that day, so our nightly conversations sounded something like this:

“Remember we woke up this morning and I changed your diaper? And then we read some books on the floor, then we got dressed and went to the store. Remember we got a snack at the deli? Yeah, you got a piece of turkey from the lady! Then you tried to fall asleep in the car and mama kept tapping your head so you wouldn’t take a car nap, remember that? Yeah, mama’s silly. And then we had peanut butter sandwiches, and then it was nap time!”

(You’ve got to read that in a quiet, excited, speaking-to-a-one-year-old voice, otherwise it just sounds weird.)

But now that he’s a self-proclaimed “big boy,” I like to remind him of things about himself, not just about the day he had.

So tonight I told him as many things as I could think of that I love about him. The ways he reacts to things he loves. His overall attitude in life. Traits of his that make me proud or that I find endearing. It went like this:

“I love you so much. And Daddy loves you so much. I love watching you play, and how you have such a fun imagination. You work so hard and don’t give up, even when something is hard. I love how you create new things with your Legos. You are such a creative boy. I like how you were sharing your toys with your friends today. You’re such a kind friend.”

After a few of these, the whimpers slowly stopped as he listened intently, and soon enough his breathing got nice and deep as he was relaxing enough to fall asleep. It kind of reminded me of when I was pregnant with him and I would listen to my positive birthing affirmations to get my brain in the proper mindset to help me fall asleep. I didn’t realize until just now that what I’m doing with him is similar: having him listen to positive affirmations to help him relax.

I know for me those affirmations were really helpful. It sounds super cheesy, but listening to positive phrases about yourself (or in my case about an experience I would soon have) is seriously one of the best things that anyone can do. Surrounding ourselves, and our children, with positivity is so important to create a healthy outlook both on life and ourselves as people.

It seems to be one of those ideas that’s been floating around in recent years. I personally think this is because so much has recently come out about mental illnesses like anxiety and depression, and we’re starting to realize just how many people are impacted because of negative mindsets. Here’s an interesting article that gives the general idea of using positive affirmations to switch off those negative thoughts.

I know he’s only two. He doesn’t really comprehend that one day he’ll grow up and there will be expectations and pressures on him. But I want to start as early as possible in building up his confidence, so when he does get to kindergarten, and seventh grade, and college, he’s got as much as anyone could possibly hope for.

Here’s a list of some of the affirmations I find myself using with him. Some are obviously a bit specific to him (hello, Lion King love), but most can be used for any child.

I love you so much.

You are such a good listener.

You are a problem solver.

I love watching you figure out how things work.

I love seeing you build things with your Legos.

You are my favorite little boy.

I love seeing you and Daddy wrestle together.

You are going to do amazing things someday.

You make Mama and Daddy so happy. We’re so thankful that you’re here with us.

You are such a great sleeper.

You have so many great ideas. I love listening to all of them.

You have so much love in your heart.

You are so good at singing and dancing.

I love how excited you get when you watch Lion King.

You are such an explorer and you are great at discovering new things.

You ask such good questions. I love how you want to learn.

You have so much energy!

You are such a great helper when Mama is cleaning.

You are so strong, and you keep growing stronger every day! 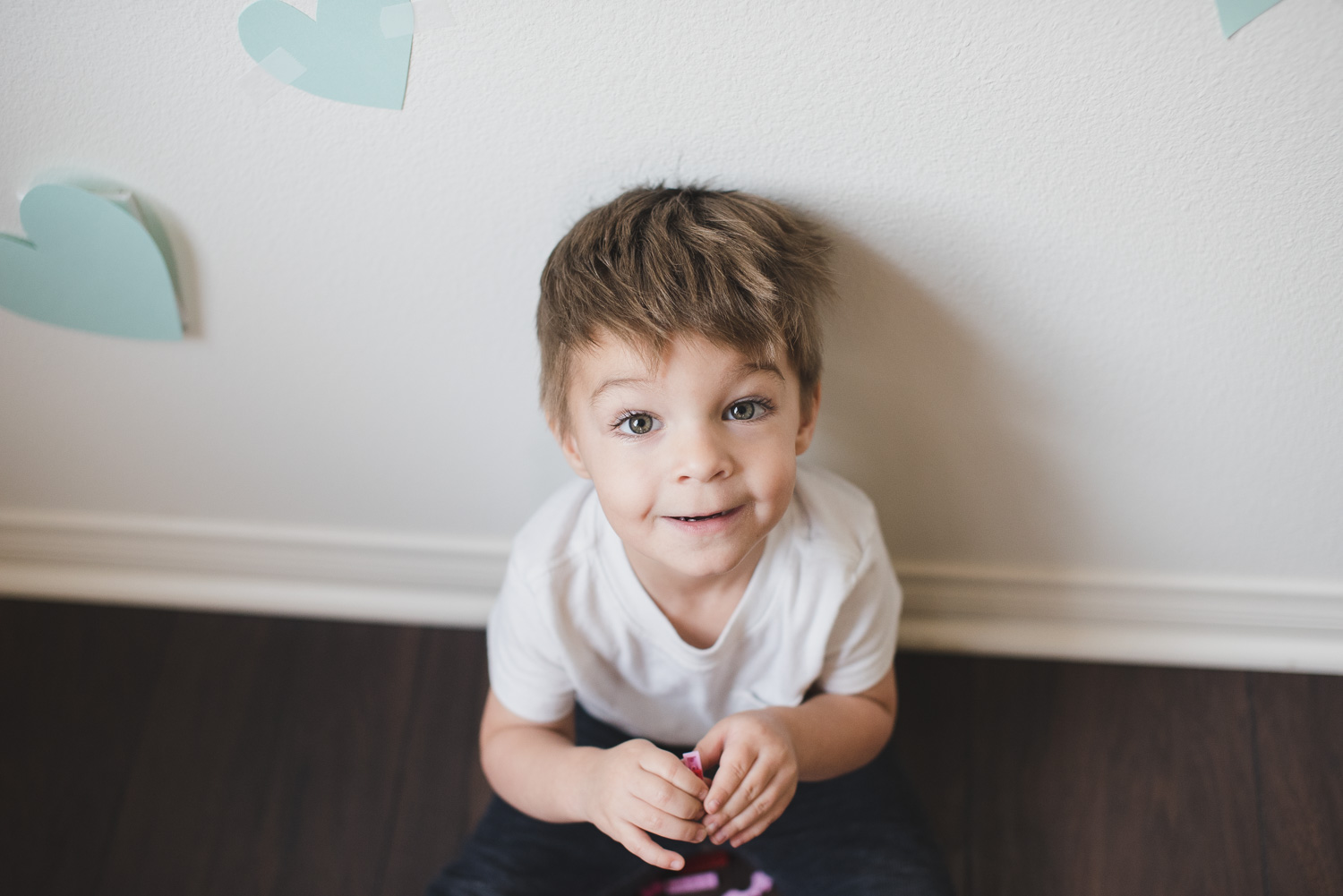 Honestly, it makes my heart burst when I get to tell him all these things. Even at such a young age, I can tell he is listening intently when I speak these truths over him.

Are there any positive phrases that you’ve found yourself saying to your toddler on a regular basis? I’d love to hear what specific characteristics you love about your toddler and how you let them know. 🙂 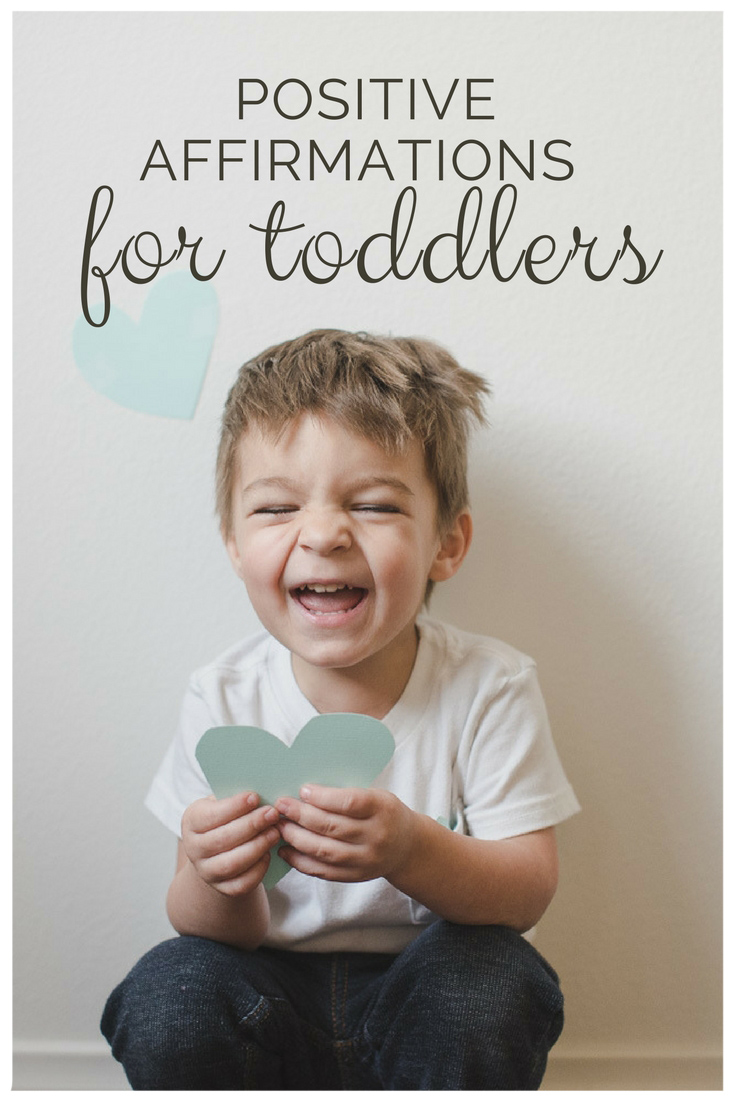