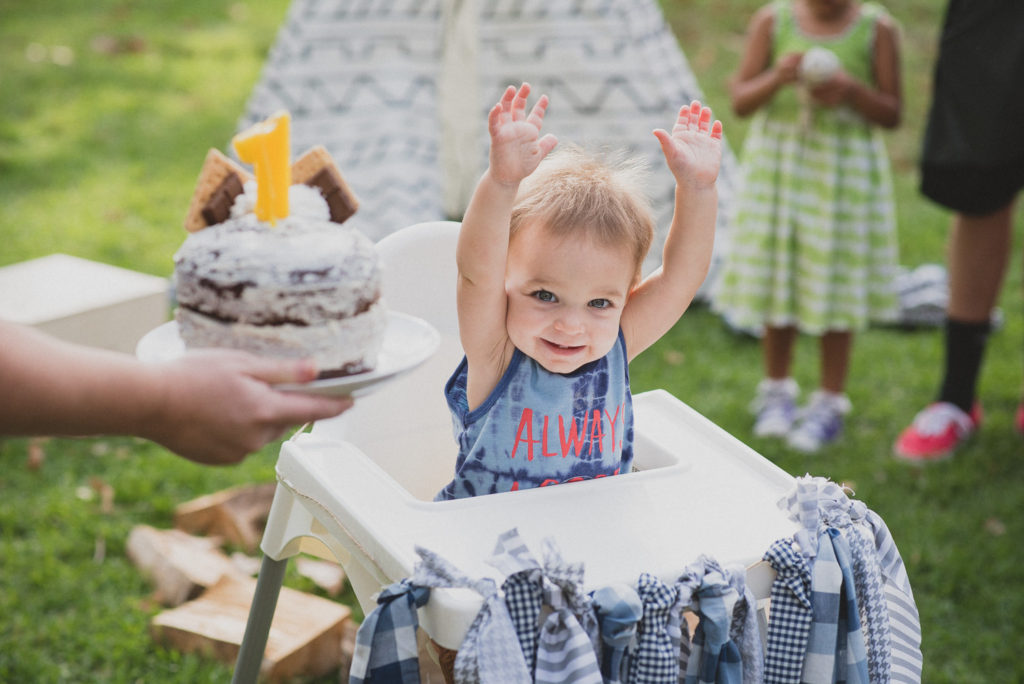 One (for one more day)

So Lincoln turns 2 tomorrow, somehow. Chris and I are both still shocked we’ve made it to this point. While it seems both forever ago and like last week that we were sitting in a hospital bed cradling him, wondering how in the world we were supposed to take care of this tiny little monkey, it really has been two years.

Tonight we put Lincoln down for bed like normal, around 7:00. Chris went in to check on him some time later and came back out laughing, because L was laying in bed, one foot propped on a knee, while he read his books. Then around 8:30 we both cracked up when “Go!” came from the monitor. As in “1, 2, 3, Go!” Lincoln’s favorite phrase.

We make it a point to go in when he actually calls for us. Mostly because he generally doesn’t do so, unless he really needs something (like a diaper change). So in I went.

And because it was really starting to hit me that this is my baby’s last night as a one-year-old, I agreed. I pulled him out of his crib and we sat in the rocking chair. He situated himself right into the crook of my arm like he was still a baby, his hands tucked near his chin and smiled sweetly up at me. “Sing?”

Melt my heart why don’t you, kid! This is the first time he’s asked me to sing to him. Usually I ask him if he wants a song and he nods.

We went through the usuals. We always start with “Ten Minutes Ago” from the Cinderella musical, then hit “No Day like Today” from Rent, and then it’s all about Disney classics. Tonight it was “Once Upon a Dream” from Sleeping Beauty and “A Dream is a Wish Your Heart Makes.”

I paused at this point, trying to think of my next song. Lincoln popped his eyes open. “Sing?” I went with “The Wizard and I” from Wicked, but was immediately  told, “No, not that song.” So it was back to “Ten Minutes Ago,” and he settled back in my arms saying “That one.”

I smooched his cheek. “I love hearing you say that. Say it again. Say, ‘I love you.'”

And with that I scooped him back into bed, reminding him that tomorrow was his special day and that we would do fun things and maybe even get something especially yummy for dinner to celebrate.

I told him Daddy doesn’t really like to sing, but I’d ask him about the cuddling. And now Chris is in there cuddling and whispering (and not singing) and soaking in that last little bit of one-year-old goodness with our little monkey.

And tomorrow he’ll be 2. And he’ll learn new words and get better at throwing a ball. And next time we blink he’ll be in a class spelling bee and trying out for football.

How do we stop blinking?